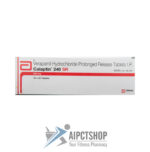 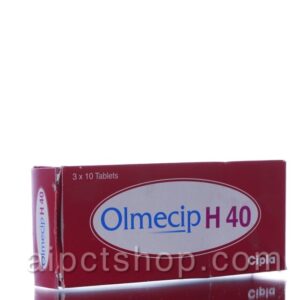 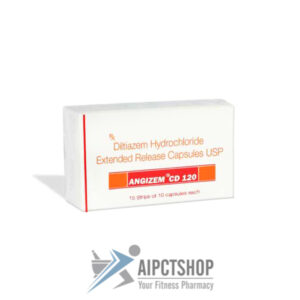 Description of the drug

Verapamil is a calcium channel blocker, it works by relaxing the muscles of the heart and the blood vessels that increases the supply of oxygen and blood to the heart. This is an immediate release tablet also use to treat chest pain and prevent irregular heartbeats

The dose may vary according to the patient condition therefore it is advised to take this medicament as per your doctor?s direction.

Calaptin is available in the form of an immediate release tablet to be taken orally by mouth with an ample amount of water it is advised to take once or twice daily before or after having a meal as prescribed by the doctor. When you buy Calaptin 40 mg online, make a note of the administration instructions mentioned here. Also, follow the directions given by your doctor.

If you miss one or more doses; take the next dose on time.Do not take more than your doctor is prescribed.

The overdose of any drug can cause severe effects. The overdose may make you collapsed and cause shortness of breath; it may also cause a severe headache, vomiting and many other allergic symptoms. In any case, of overdose, you should immediately contact your doctor.

The drug Verapamilis available in the form of a tablet and injection in thefollowing strengths:

Tell your doctor if you have any side effects that bothers you or does not go away.

Ask your doctor and get the full list of drugs that may increase the possibility of drug interactions or interfere with the effectiveness of Verapamil.

Calaptin comprises of an active pharmaceutical ingredient called Verapamil, which is a calcium channel blocker used to treat hypertension (lowering of blood pressure) it works by relaxing the muscles of the heart so that the heart does not have to work hard and allow blood and oxygen to flow more easily to the heart, it may also lower the heart rate.

Verapamil should be stored in a safe place that is away from heat and moisture. Do not refrigerate. Keep it out of the reach of children and pets. Do not keep the tablets out in open.