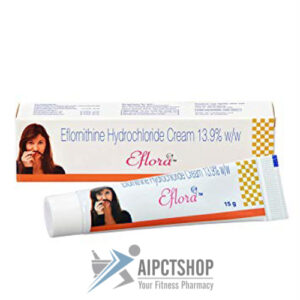 Capsules for oral / vaginal use.

Progesterone is a naturally occurring steroid that is secreted by the ovary, placenta and adrenal gland. Its synthesis is stimulated by LH, which primarily acts to regulate the conversion of cholesterol to pregnenolone, a progesterone precursor. It is present in highest concentrations in the ovarian corpus luteum. Progesterone is lipophilic in nature and diffuses freely into cells, where it binds to the progesterone receptors and oxen their progestational activity. Progesterone receptors are located in the uterus, central nervous system, mammary glands and pituitary gland. The steroid receptor complex binds to DNA in the nucleus, thereby inducing the synthesis of specific proteins. Progesterone receptor concentrations are low in absence of oestrogen and increase following oestrogen administration. In the presence of adequate oestrogen, progesterone transforms a proliferative endometrium into a secretory endometrium. Progesterone is essential for the development of decidual ti
ssue and the effect of progesterone on the differentiation of glandular epithelia and stroma has been extensively studied. Progesterone is necessary to increase endometrial receptivity for implantation of an embryo. Once an embryo is implanted, progesterone acts to maintain the pregnancy. Normal or near normal endometrial responses to exogenous oestrogen and progesterone have been noted in functionally agonadal women through the sixth decade of life. Progesterone administration decreases the circulatory levels of gonadotropins.

It is well absorbed when administered orally, rectally or vaginally. When given orally, the micronized progesterone is absorbed through the digestive tract. The rise in progesterone starts from the first hour and the highest plasma levels are observed 1 – 3 hours after intake.

Rectal or vaginal administration or 100 – 400 mg produces concentrations in the luteal range which are maximal within 1 – 8 hours and then decline over 24 hours. Vaginal application results in avoidance of first-pass metabolism in the gastrointestinal tract and liver, and in sustained plasma concentrations. Vaginally administered progesterone disappears more rapidly from the circulation than the intramuscular route.

Progesterone has a distribution phase half-life of between 3 – 6 minutes, followed by an elimination phase half-life of 19 – 95 minutes. The apparent volume of distribution is 17 – 29 L. Progesterone is taken up by fat, from which it is slowly released. Circulating progesterone is extensively bound to plasma proteins, especially albumin and corticosteroid binding globulin. Progesterone is approximately 96 – 99% bound to serum proteins, primarily to serum albumin (50 – 54%) and transcortin (43 – 48%). Only small amounts are associated with erythrocytes or platelets. Concentrations in cerebrospinal fluid are about 10% of those in the plasma.

Progesterone is metabolized primarily in the liver by reduction of the A-ring, hydroxylation and conjugation largely to pregnanediols and pregnanolones. The principal metabolite is pregnanediol; other metabolites, notably 20 alpha-dihydroprogesterone, which is present in small concentrations in plasma, and 5 alpha-pregnane-3, 20-dione, have weak progestational activity. Pregnanediols and pregnanolones are conjugated in the liver to glucuronide and sulphate metabolites. Progesterone metabolites which are excreted in the bile may be deconjugated and may be further metabolized in the gut via reduction, dehydroxylation and epimerization.

A flexible dosage regimen can be followed depending on the indication and requirements of patients. A lower dose is required when vaginal route is used.

On an average in the case of deficiency or progesterone, the dosage is from 200 – 300 mg of progesterone per day once daily or in two divided doses, one in the morning one at bedtime. It is recommended to use capsule at intervals of 1 hour before or after meals. The evening dose/once daily dose is preferably taken at bedtime.

Patients being treated with high dosage of oestrogen should be administered 300 mg daily. In such a case, patients should take 100 mg in the morning and the remaining 200 mg or 2 capsules of 100 mg at bed time. The morning dose should be taken 2 hours after breakfast.

If a patient is being treated with 200 mg daily (total dose at bed time) and she forgets to take this dose, she should take extra dose of 1 capsule of 100 mg the following morning and continue taking rest of the capsules as prescribed. If a patient is treated with 300 mg daily and she forgets to take a morning or evening dose, she should not take the missed dose.

Micronized progesterone capsules should not be used in women with any of the following conditions:

The physician should be alert to the earliest manifestations of thrombotic disorders (thrombophlebitis, cerebrovascular disorders, pulmonary embolism and retinal thrombosis). Should any of these occur or be suspected, the drug should be discontinued immediately.

Discontinue medication pending examination if there is sudden, partial or complete loss of vision, or if there is a sudden onset of proptosis, diplopia or migraine. If examination reveals papilloedema or retinal vascular lesions, medication should be withdrawn.

Ketoconazole or other known inhibitors of cytochrome P4503A4 enzyme may increase the bioavailability of progesterone.

No formal studies have evaluated the effect of renal disease on the disposition of progesterone. Since progesterone metabolites are eliminated mainly by the kidneys, micronized progesterone capsules should be used with caution and only with careful monitoring in patients with renal dysfunction.

The administration of this medicine in the course of the second and third trimester of pregnancy can favour the appearance of severe cholestesis or hepatitis. Reproductive studies performed in mice reveal little or no evidence of impaired fertility or harm to the fetus due to progesterone. Rare cases of congenital anomalies including cleft palate, cleft lip, ventricular septal defect, patent ductus arteriosus and other congenital heart defects have been reported in the infants of women using micronized progesterone capsules in early pregnancy.

Detectable amounts of progestin have been identified in the milk of nursing mothers receiving progestins. The effect of this on the nursing infant has not been determined. Hence, caution should be exercised when micronised progesterone capsules are administered to a nursing mother.

Natural micronized progesterone should not be used in children.

Dose selection for an elderly patient should be cautious, usually starting at the low end of the dosing range, reflecting the greater frequency of decreased hepatic, renal or cardiac function, and of concomitant disease or other drug therapy.

Micronized progesterone is devoid of oestrogenic, androgenic and mineralocorticoid effects.

Drowsiness or giddiness may arise 1 – 3 hours after ingestion of the product. At times, there can be breast tenderness and abdominal bloating. In case of drowsiness after 1 – 3 hours of oral administration, the dosage may be reduced or the patient may be put on once daily evening dose. Alternatively, the vaginal route of administration of the drug could be used.

Soreness, diarrhoea, flatulence, irritation or dryness may occur when administered by these routes. As with other vaginal and rectal preparations, some leakage of the capsule base may occur.

The menstrual cycle may be shortened or there may by intermenstrual bleeding.

Menstruation may occur earlier than expected, or more rarely menstruation may be delayed. In case of shortening of menstrual cycle or intermittent bleeding shift the initiation of treatment to a later date (e.g. 19th day of cycle instead of 17th day).

No studies on overdosage have been conducted in humans. In the case of overdosage, micronized progesterone capsules should be discontinued and the patient should be treated symptomatically.

Symptoms of overdosage may include somnolence, dizziness, euphoria or dysmenorrhoea. Treatment is observation and, if necessary, symptomatic and supportive measures should be provided

Store in a cool dry place. Protect from light.